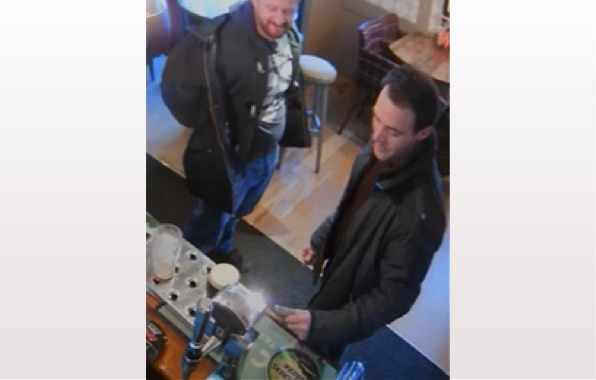 Detectives investigating a serious assault in West Moors have issued a CCTV image of the suspects.

The victim, a local man aged in his 20s, has been drinking in the Tap and Railway pub with two friends on the night of Saturday 2 February 2019.

His group had been involved in a minor altercation with two other men inside the venue, before they left at around 11.15pm. The victim was then walking along Station Road when he was approached from behind and attacked by two men.

His friends witnessed the assault and reported that the offenders were the same men they had encountered in the pub earlier that night.

The men made off from the scene as officers on patrol in the area arrived. The victim was taken to hospital for treatment to a broken eye socket, a broken jaw and fractured skull as well as internal bleeding to the head.

Detective Constable Steven Davis, of Bournemouth CID, said: “The victim of this assault was left with nasty injuries and we have made a number of enquiries in an attempt to identify the men responsible.

“These have so far been unsuccessful and I am now in a position to issue a CCTV image of the suspects in the hope that someone will recognise them.

“I would urge anyone with information about their identity to contact police.”

Anyone with information is asked to contact Dorset Police on 101 quoting occurrence number 55190017395.

Appeal for information after burglary in West Moors

A31 closed in Ferndown due to large diesel spill