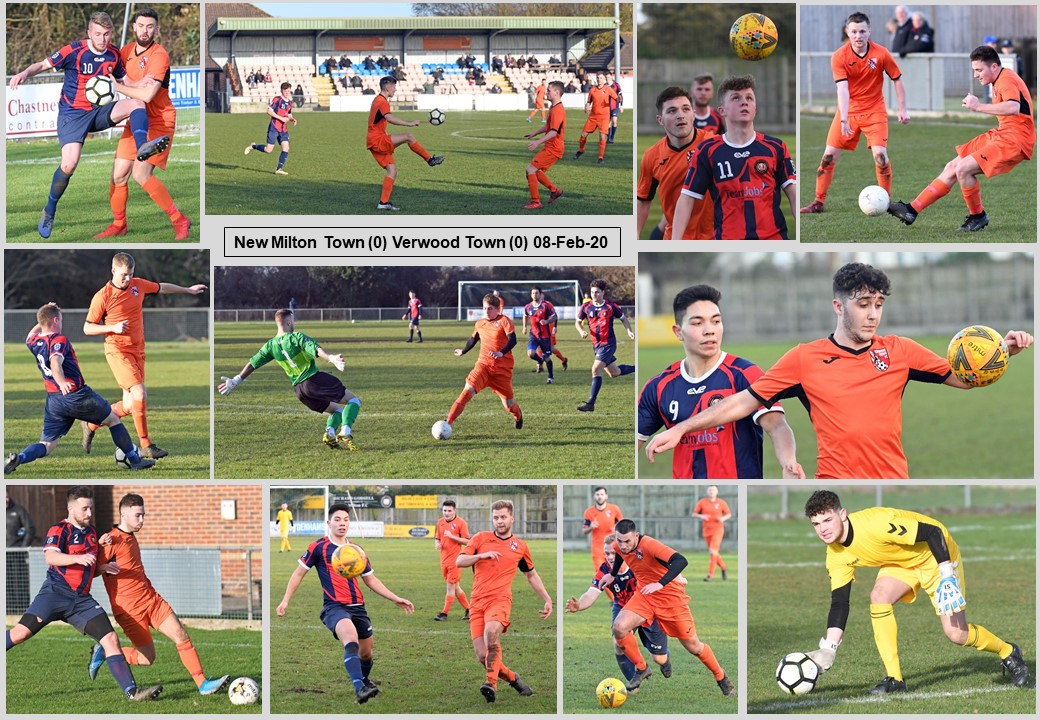 A good opening 20 minute spell was followed by a frustrating 70 minutes. The game lacked someone to unlock defence’s and someone to put the ball in the onion bag.

Cooper was alert enough to sprint off his line with 3 minutes gone to gather a long ball down NM left. A throw found Hall, and a line ball released Dyer. A deep cross was headed clear out of NM’s box. A bright start.

With 8 minutes on the clock a Hall Gajic Danvers combination ended with Danvers making the running down our left. Danvers pace was enough to outstrip the backs and a cross was volleyed by Butler on target. Defenders had shuttled back and the ball was kicked off the line.

At this stage midfield belonged to Dyer and Maddocks. Good possession put us on the attack but a very resilient New Milton defence was helped by a misfiring Verwood .

Kelly suffered a hamstring pull with 30 minutes gone and re shuffle followed with Chas Gajic proving versatility by taking up the centre half spot and Dan Hunt coming on wide left.

We almost cracked the stalemate when Vint broke away and touched the ball past the keeper but unfortunately a shade too much on it and finished up in dead ball.

Both teams went for attack at the start of the second half but both deteriorated in approach and finish in each other’s third.

We had to wait until half way through the half before we had a shot on goal. Nicholson hit a left foot shot that was straight at the keeper. Vint hit a rising shot over the bar and Butler whipped a volley high and wide.

Then retaliation. New Milton hit the bar with a counter and a shot from just outside the area. For some inexplicable reason we dropped back easing pressure on NM’s defence.

Cooper came into his own with a flying fingertip save pushing the ball round the post. The corner dropped into the penalty area but again Cooper did well to take the ball high despite the crowded box.

NM pushed on. Smith and Gajic did well to stem the middle threat and Danvers and Hall were exceptional in their respective roles.