Garden fire closes A31 at St Leonards for ten hours 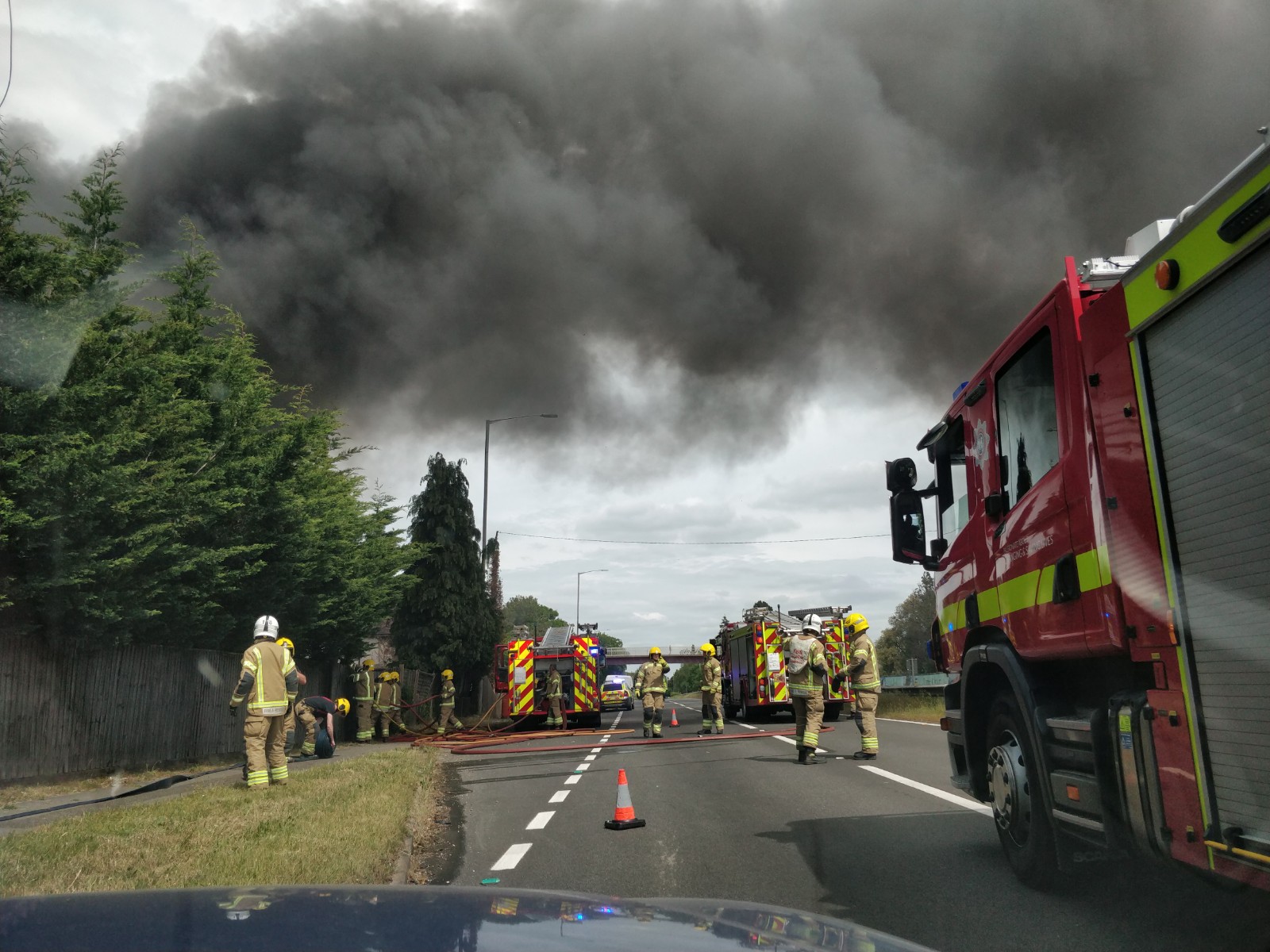 The A31 through St Leonards was closed for some ten hours on Sunday after a garden fire got out of control and affected a number of gas cylinders.

Dorset & Wiltshire Fire and Rescue Service was called at 1.36pm to the fire near Ringwood Road, St Leonards. Crews from Verwood, Ferndown, Hamworthy, Poole, Redhill Park, Springbourne, and Wimborne, with support from Hampshire Fire and Rescue Service and their crews from Redbridge and Ringwood, tackled the fire that had inadvertently spread to numerous scrap vehicles and an outbuilding, and damaged the soffit of a nearby bungalow.

The fire directly involved an oxygen cylinder and two acetylene cylinders, so a 100-metre cordon was put in place to protect the safety of nearby residents, workers and road users.

A31 in #Dorset closed in both directions after serious fire

Dorset Police assisted with the closure of the A31, in both directions between Palmerswood Roundabout and Ashley Health roundabout. The road was reopened at 11.25pm after the incident had concluded.

Residents were asked to close doors and windows and remain inside as the smoke plume travelled towards neighbouring properties. Eleven residents from properties within the safety cordon were evacuated as a precaution, and the nearby NHS 111 care hub was also affected, although thankfully it was able to continue operating after only a short interruption.

Temporary closure on the a31 st Leonard’s by the Azalea roundabout. pic.twitter.com/jRQf7yusCM

Firefighters used water supplied from a nearby hydrant and compressed air foam to extinguish the fire and used water monitors placed at a safe distance to manage the temperature of the cylinders, therefore minimising any risk of an explosion.

After many hours of complex firefighting, and multi-agency coordination, the incident came to a safe conclusion just after 11pm.

Group Manager Katie Cornhill, from Dorset & Wiltshire Fire and Rescue Service, said: “We strongly urge the public to only burn waste in the garden where absolutely necessary and, if they do so, to situate the fire well away from fences or buildings and maintain a watchful eye until it is fully extinguished. This incident was protracted due to the additional hazards on site, but it could have had far worse consequences, and thankfully there were no injuries on this occasion. Please think carefully before deciding to light a fire in your garden, particularly during these difficult times, when emergency services are working hard to maintain their emergency response.”