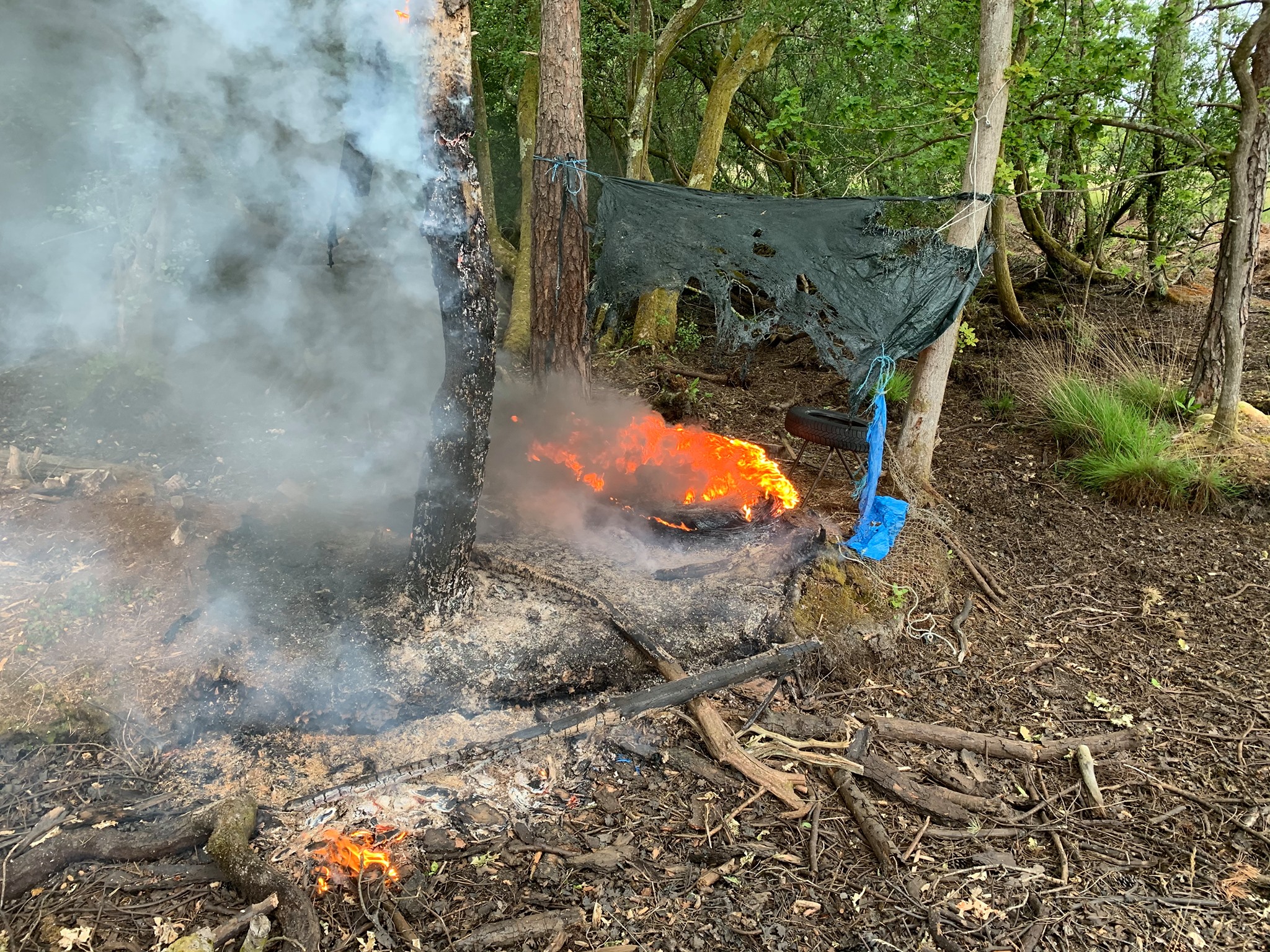 Verwood Fire Station crew were called to an unattended fire between Potterne Park and the solar panel farm on Thursday afternoon.

It involved a lorry tyre, several car tyres plus an aerosol, and the fire spread to a nearby tree and area of undergrowth in what the team say could only have been started deliberately.

A spokesperson said: “Due to the location, it took a long time to get access to the fire with the land rover. I hope that whoever was responsible for this understands the gravity of their actions.

“Two fire appliances tied up for 2 hours, the risk to the crew if the aerosol had of exploded, the life-changing burns that the person would have received. The risk to themselves and the environment had the fire spread into the field and then the forest. This can only have been deliberate.

“Thank you to the vigilant members of the public for reporting it.”