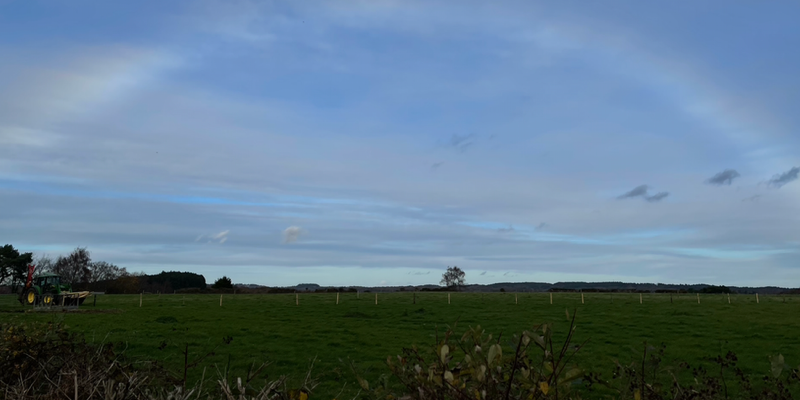 Coursing is the illegal activity of using dogs acting on sight to chase animals such as the brown hare and deer.

While the activity is considered a hobby for those involved, large sums of money, often linked to organised crime, are used for betting on the dogs used.

Sight dogs favoured include Lurchers and Salukis which, like greyhounds, have good sight and speed for chasing.

The highest number of incidents of hare coursing in the county occur in north east Dorset, where there are pockets of brown hare in their favoured habitat of arable fields. To flush out hares, offenders will walk across a field, perhaps spacing out trying to locate and bolt hares, then release dogs on the hare.

They will often use their vehicles to drive across the field, releasing dogs from moving vehicles.

They frequently commit damage not only to the soil or seeded crops, but also to gates, hedgerows and fencing.

Farmers have reported being threatened and intimidated by these individuals and they can leave livestock gates open on purpose. Other crimes this year included criminals driving their vehicles in to sheep grazing.

These criminals also will go deer coursing, often at night to stun the deer by use of lamps or headlights.

Offenders will also target the local fields and roads for gamebirds, especially just before dusk or dawn, using catapults fired from their cars to make a quick getaway.

Police Constable Claire Dinsdale, of the Rural Crime Team, said: “The individuals known for this are also often known for theft, burglary, assaults and domestic abuse offences, as well as fraud on elderly or vulnerable people.

“Coursing however is their favourite pastime, which their crimes can help fund. They are cowards who travel in groups and make threats against our hard-working rural communities.

“Anyone suffering from these crimes must report it to us and can do so in absolute confidence.

“Local residents, cyclists, horse riders and motorists are asked to call 999 for any suspected hare or deer coursing in progress. It can be day or night, with incidents increasing from autumn to winter.

“We would also encourage people to report any vehicles or people on foot with their dogs acting suspiciously in country lanes, laybys and fields for these purposes. Vehicles can be older style 4x4s or cars. The type of dog is distinctive too – most commonly a Lurcher or Saluki type.

“Hotspot areas for coursing include the Cranborne Chase area of Dorset on the Wiltshire and Hampshire border and either side of the A354 from Blandford, up past Sixpenny Handley into Wiltshire, as well as various back roads off the A354.

“Deer coursing hotspots include the rural land around Burton and Christchurch as well as areas around Dorchester such as West Knighton, West Stafford, Bincombe, Crossways, Owemoigne, Wool, Lulworth, Lytchett and Wareham.

“Consider filming them if safe to do so and they are unaware and capture vehicle registrations.

“Dorset Police will take robust action using a variety of legislation and other tactics.

“Dorset Police is part of Operation Galileo, a national police operation to tackle hare coursing in collaboration with partners such as the BASC (British Association for Shooting and Conservation), NFU (National Farmers’ Union), CLA (Country Land and Business Association) and RSPCA (Royal Society for the Prevention of Cruelty to Animals).

“Police will seize vehicles and dogs and seek criminal behaviour orders at court that prevent the offenders from travelling to rural areas or owning or even travelling in a car with such dogs.”

PC Dinsdale added: “The cost of damage to the farming community is huge. There is the hard work of autumn to winter ‘drilling’ seeding fields with winter wheat, barley, oilseed rape and fertiliser treatments, only to then have these fields driven over.

“There is the psychological element too and farmers in particular suffer high rates of depression and suicide. Coursing and poaching is a National Police Chief’s Council priority for both rural crime and wildlife crime.

“If any signs of coursing or poaching are discovered after the offenders have gone, please report promptly using 101@dorset.pnn.police.uk or visiting Dorset Police Do It Online.

“Dorset Police neighbourhood teams and the Rural Crime Team can advise on prevention measures that can be put in place and we would advise those not already signed up to Farmwatch, Horse Watch or Rural Watch, to do so by visiting this site.

“To find out more about wildlife crime please visit this page.”