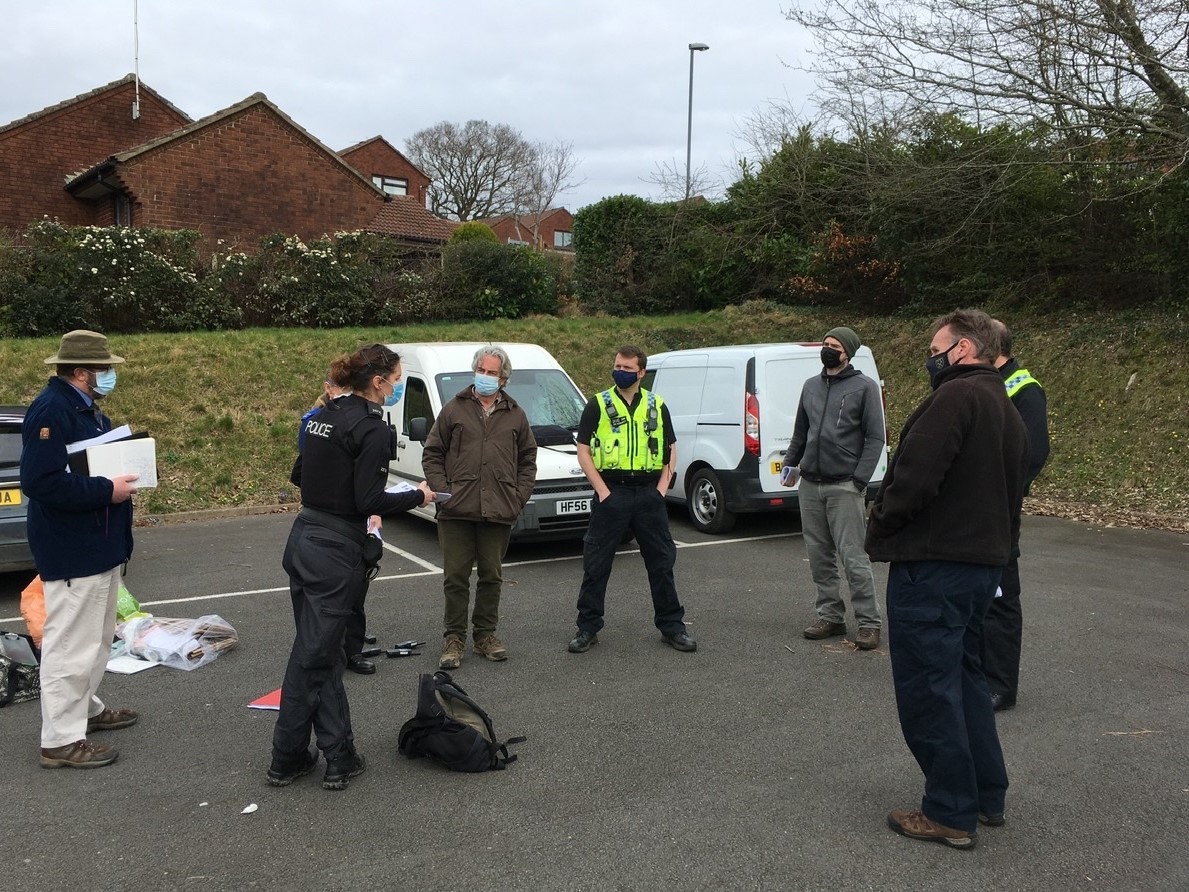 Police officers and partners who executed a warrant at a rural property in East Dorset have seized Pesticides, dead birds of prey and a firearm.

Dorset Police Wildlife Crime Officers have been working with the Police National Wildlife Crime Unit (NWCU), Natural England and the RSPB to investigate the alleged poisoning of a Red Kite, which was found dead in a field in north east Dorset in November 2020.

The bird of prey was recovered by police following the discovery by a member of the public and sent for forensic analysis at a specialist laboratory.

The results of a post mortem examination subsequently indicated that it had been poisoned.

On Thursday 18 March 2021 officers, accompanied by NWCU, Natural England and RSPB, attended an address in rural north east Dorset, having obtained a warrant and also exercised further powers under the Wildlife and Countryside Act 1981.

A number of dead birds of prey and several pesticides, including banned substances, were located at the premises. A firearm was also recovered.

Police Constable Claire Dinsdale, Lead Wildlife Crime Officer for Dorset Police said: “This investigation is ongoing and no further information or comment can be made at this time regards this specific case.

“The national picture is that the persecution of birds of prey sadly continues in the UK. This is one of our six national priorities for wildlife crime, highlighted on the National Wildlife Crime Unit’s website https://www.nwcu.police.uk/.

“A great deal of work has already been done by police and partner organisations but still there are those who think they are above the law. The deliberate killing of birds of prey will not be tolerated. We have had previous cases in Dorset of illegal shooting and trapping as well as poisoning.

“I would urge the public to be vigilant and report dead birds of prey to police. Clear evidence of a wildlife crime, such as an illegal trap, shooting or suspected poison bait should be reported immediately to police without delay. A ‘What Three Words’ location or grid reference is really useful.

“If a dead bird of prey is located and you are not sure whether it is suspicious or not, still report it to police immediately. We can access assistance from vets to examine and x-ray birds and submit them for forensic testing, therefore ruling out natural causes. Police can access forensic funding for such wildlife crime cases.

“A wildlife crime in progress is a 999 call, an urgent suspicious finding needs to be called in on 101 immediately and for all other non-urgent reports you can email 101@dorset.pnn.police.uk or visit Dorset Police online https://www.dorset.police.uk/do-it-online/.

“If you have any information on the illegal killing of birds of prey or other types of wildlife crime, you can speak to police in confidence by emailing 101@dorset.pnn.police.uk. We do not act in a way that would identify the source of the information to the police.”