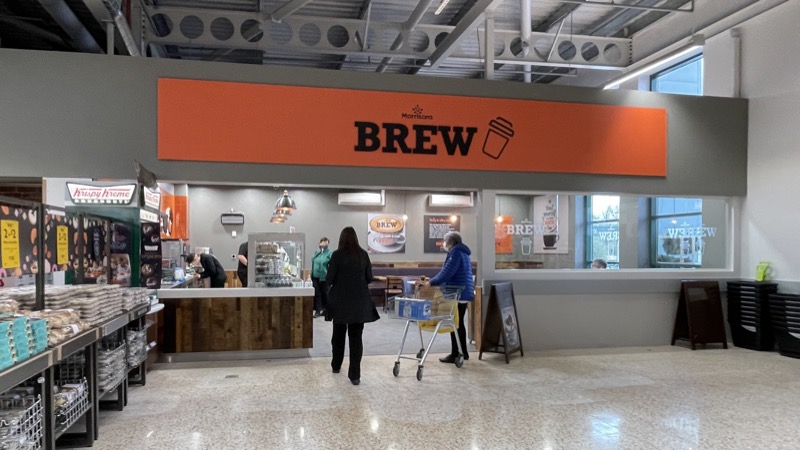 A new area has opened inside Morrisons for buying and consuming drinks and snacks.

Brew, which is situated to the right of the main entrance, opened today (Friday) and is in addition to the main Morrisons Cafe elsewhere in the store.

It sells hot drinks such as tea, coffee and hot chocolate, plus snacks including toast, porridge, soup and toasties and has a seating area.

It’s part of a number of changes currently being carried out at the store, which includes rearranging most of the aisles and adding new services such as Pizza by the Metre, which will be opening soon.

New trolly covers have been installed in the car park and a larger clothing range is also now available.

The storefront has also has been updated with the newer Morrisons logo, which was introduced over five years ago at other stores.