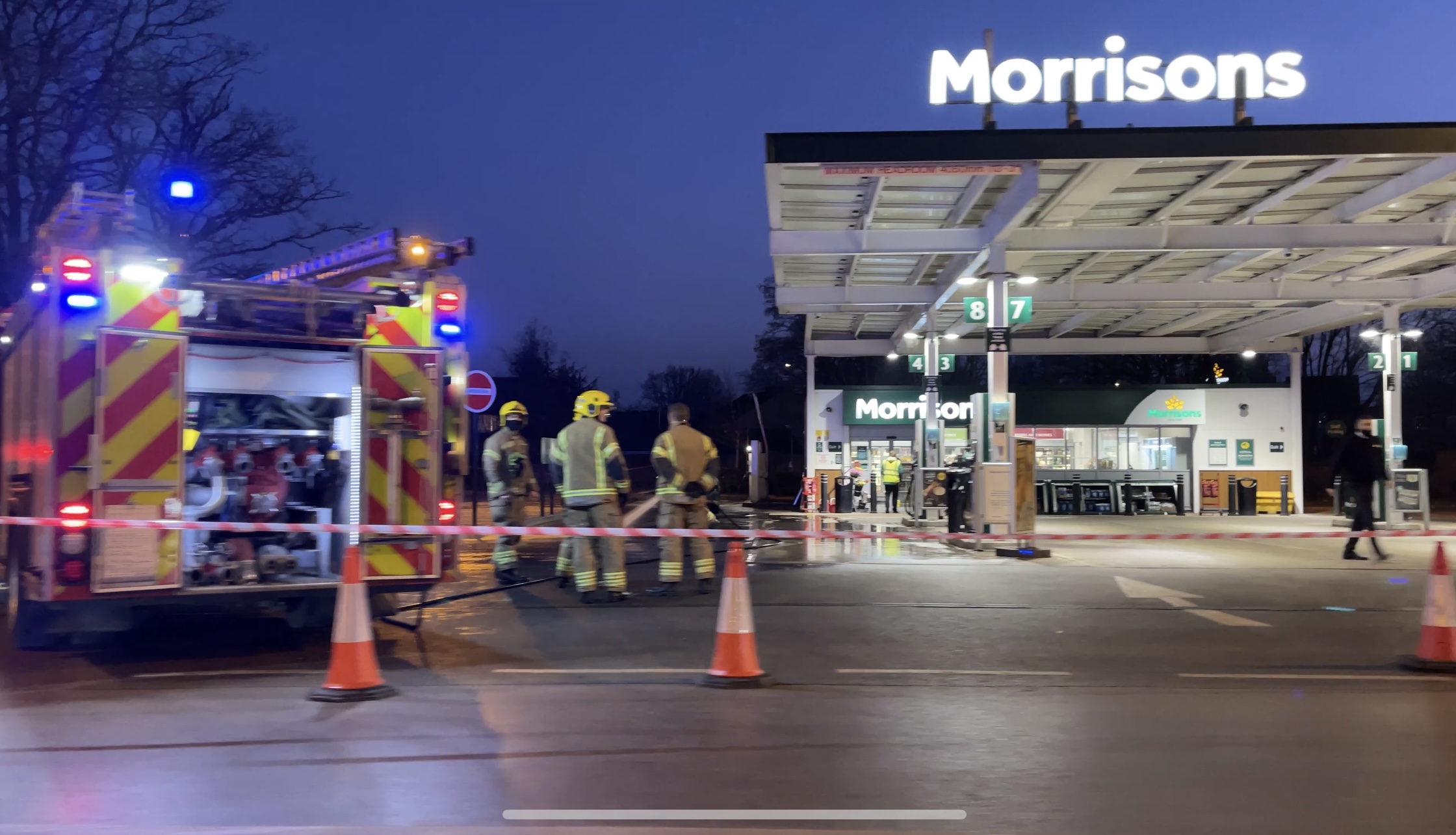 The Morrisons filling station in Verwood was closed on Wednesday evening following a spillage on the forecourt.

Ambulance and Fire crews attended the incident on Chiltern Drive which happened just before 5pm.

Approximately 60 litres of fuel was spilled and no casualties were reported.

Firefighters made the scene safe and washed down the forecourt for around half an hour.

VerwoodToday understands the petrol station was evacuated as a precaution by Morrisons staff while the incident was ongoing. The main car park and supermarket were unaffected by the spillage.