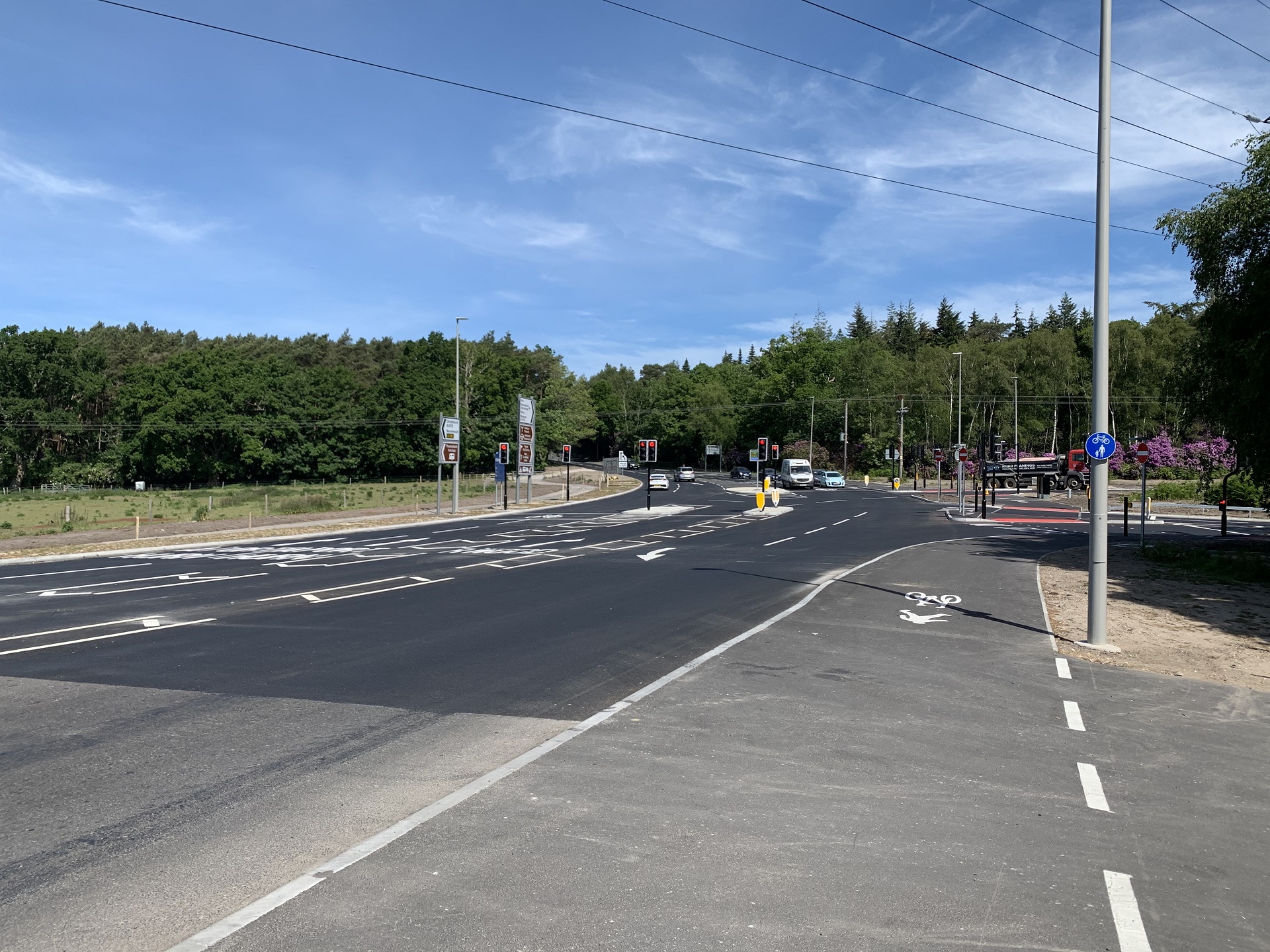 If your commute usually involves the Blackwater West Junction just off the A338 at Hurn, you’ll be pleased to hear the improvements works have now finished.

Dorset Local Enterprise Partnership, BCP Council and Dorset Council say the major work on the B3073 has been completed on time and on budget.

The nine-month-long scheme was funded through Dorset Local Enterprise Partnership’s Local Growth Deal and forms part of the Bournemouth International Growth Programme aimed at facilitating better access into and around Bournemouth Airport and stimulating economic growth across the county.

The works, delivered by BCP Council and Dorset Council, started in July 2019 and have focused on easing congestion, improving traffic flow and connectivity and increasing journey time reliability at the busy Blackwater West junction on the A338/B3073.

Jim Stewart, Chair of Dorset Local Enterprise Partnership said: “We’re delighted that the improvements at Blackwater Junction West have completed on time, especially given the challenging COVID-19 environment the construction sector is working under. The BIG Programme is in its penultimate year and this phase of work is an important milestone achievement in the programme that is improving transport links, easing congestion and supporting employment around Bournemouth Airport. Continuing to deliver important infrastructure improvements in Bournemouth that benefit Dorset’s wider economy and business community are critical, now more so than ever before.”

Councillor Andy Hadley, BCP Council Cabinet Member for Transport and Infrastructure said: “Marking the end of a series of major infrastructure investment schemes in the local area, I am pleased to see these improvements completed on time and on budget. I am also impressed by the ability of Hanson Contracting to meet the challenges presented by COVID19 and adapt their construction methods without impacting or delaying the project completion date.’’

Councillor Ray Bryan, Dorset Council Portfolio Holder for Highways, Travel and Environment, said: “My thanks goes to everyone on the project team for keeping the improvements on track during these exceptional times, and adapting working methods to ensure the safety of the construction workforce. I’m incredibly proud of the successful partnership working we have achieved throughout the BIG Programme.”

A338 and Blackwater Junction reopens on time after major works

A338 roadworks on schedule to end this month

Witnesses to serious incident at Hurn urged to come forward