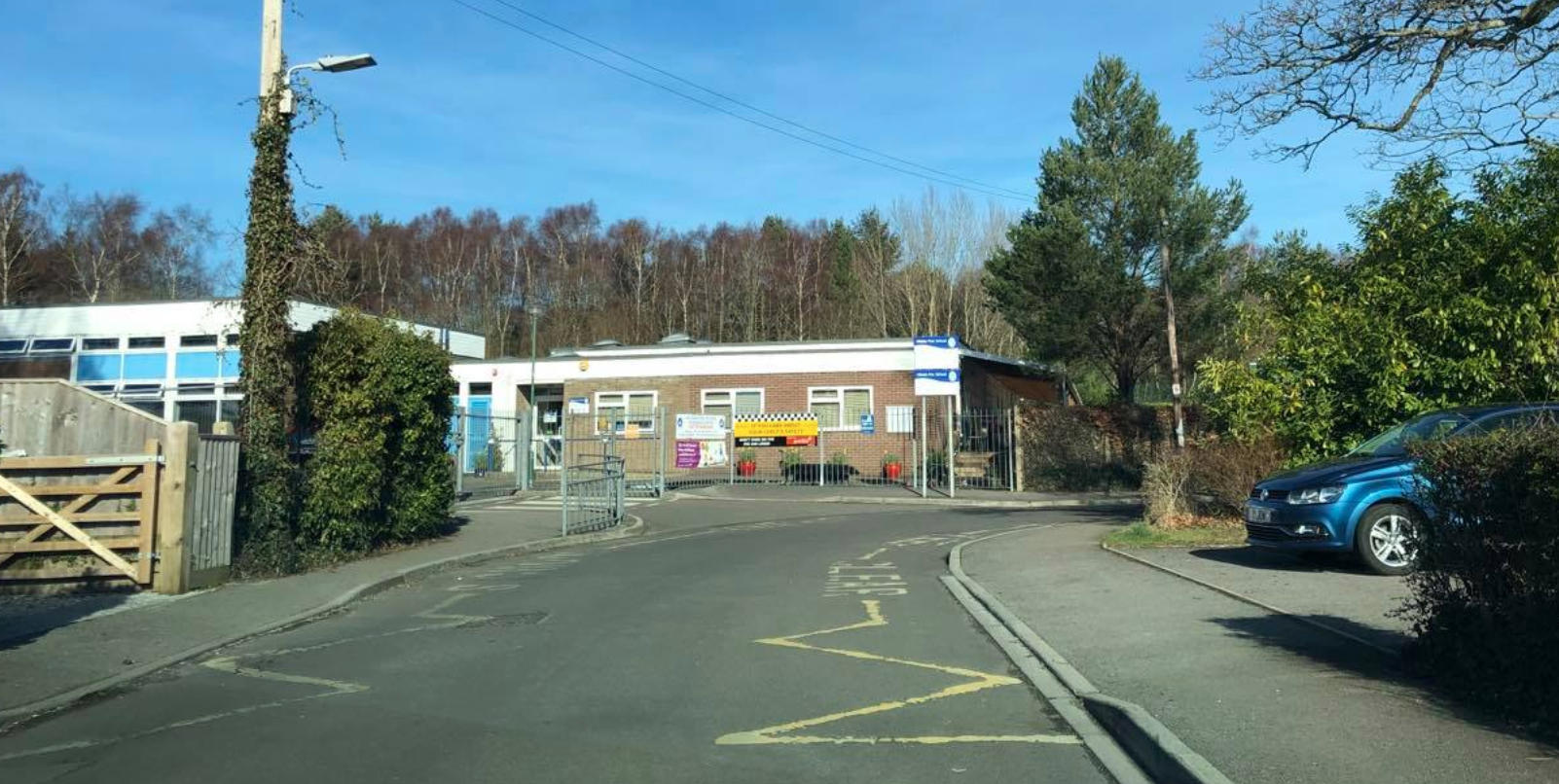 A proposal by Wimborne Academy Trust to reduce its admissions number for the reception year group at Hillside Community First School from 60 to 30 has been scrapped.

In a letter to parents, Liz West, CEO of WAT says every response to the consultation has been carefully considered, and after detailed discussions and analysis they have decided to keep the Pupil Admissions Number unchanged.

The letter goes on to say that it has become clear that more pupils than previously anticipated will be seeking school places in Verwood that year.

Hillside Community First School had pointed out that over 200 new homes are being built in the town over the next few years, increasing the number of places needed. 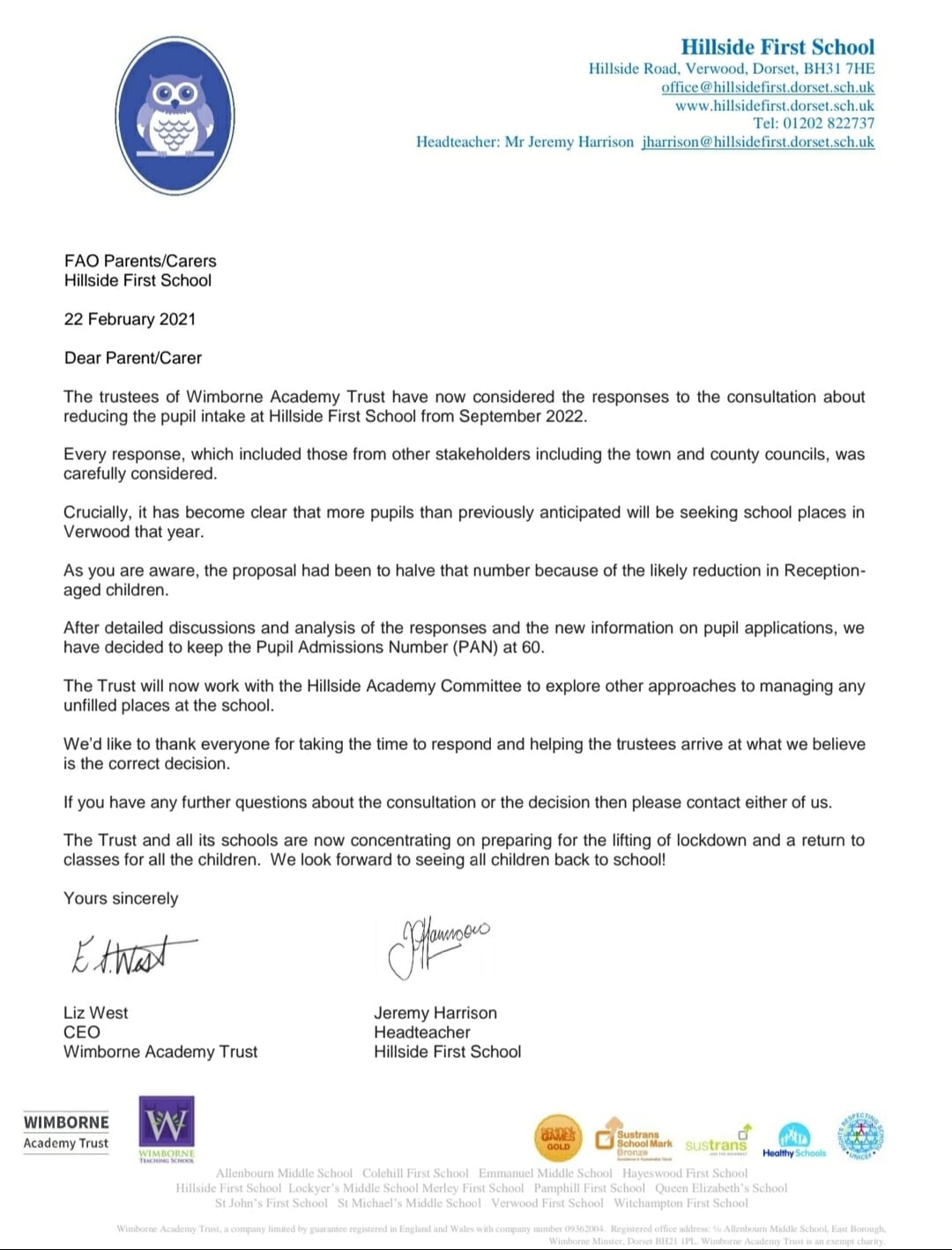