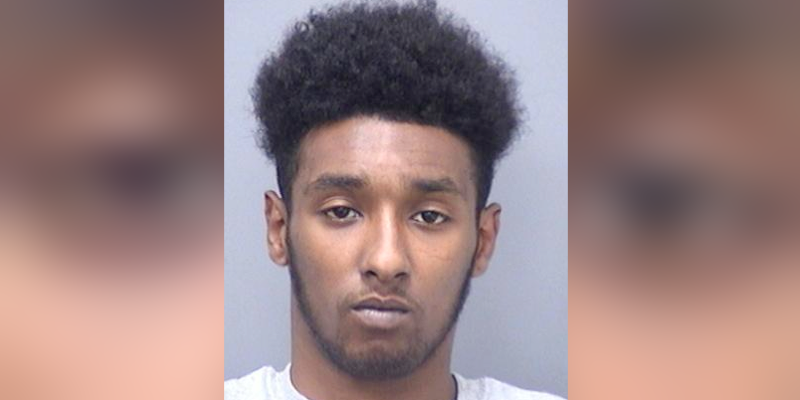 A teenager from Verwood has been jailed for four years and two months following a knifepoint robbery in Bournemouth town centre.

Nineteen-year-old Kariem Adbel-Halin of Bingham Road in Verwood was sentenced along with Tyler O’Callaghan, 19 and of no fixed abode, and 19-year-old Scott Knight, also known as Scott Purchase and of Portfield Road in Christchurch.

Adbel-Halin had previously admitted offences of robbery and possession of a bladed article. He was handed a jail term of four years and four months.

O’Callaghan had previously admitted offences of robbery, possession of a bladed article and two counts of possession with intent to supply a controlled drug of class A. He was sentenced to a jail term of four years and six months.

Knight had previously admitted an offence of robbery and was jailed for four years and two months.

At around 9pm on Thursday 12 November 2020 the victim – a local man aged in his 20s – was walking on Glen Fern Road while carrying a rucksack when a group of men came from a nearby car park and approached him.

One of the group tried to grab his bag, before punching him to the left side of his face. The rucksack containing a Sony speaker and a set of keys was stolen.

O’Callaghan lunged at the victim and stabbed him with a large bladed knife and as the group ran away, the victim realised he was bleeding from a wound in his leg. The ambulance service attended and he was taken to hospital for treatment. The victim has since undergone intensive physiotherapy and will continue treatment for several more months.

Following the incident, the men got into a Citroen car and left the area.

Crime scene investigators attended the scene and completed a forensic examination and a number of items were seized, including a silver-coloured section of a Citroen badge.

At around 11.15pm on Saturday 14 November 2020 officers stopped a Citroen car matching the description of the one used in the robbery on Drummond Road. O’Callaghan was a rear seat passenger and was arrested in connection with the robbery. He was searched and found to be in possession of a quantity of drugs.

The vehicle was seized and a Sony speaker and set of keys matching the descriptions of the items stolen were recovered.

Adbel-Halin and Knight were arrested the following day on Sunday 15 November 2020. A search of both their addresses located clothing that matched the descriptions of what was worn by the group on the night of the robbery.

Detective Constable Ian Caddy, of Bournemouth CID, said: “This was a very frightening incident that has had a significant long-lasting impact on the victim, both mentally and physically.

“I would like to praise the victim for the courage he has shown while supporting our enquiries.

“I am pleased that through our investigation we were able to identify the culprits and bring them before the court to face justice for their actions.”