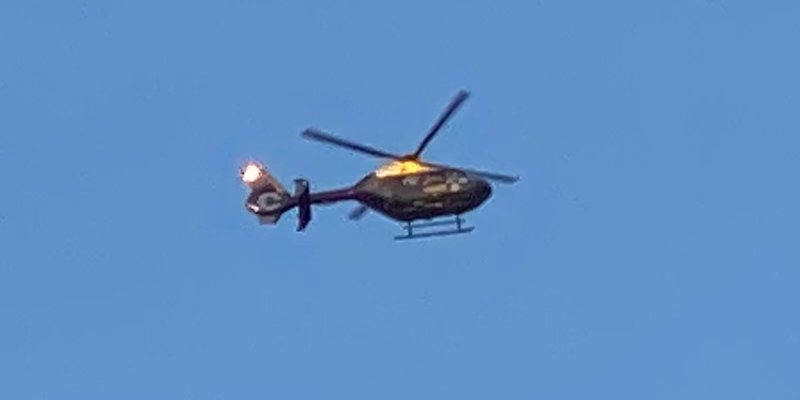 Dorset Police and the NPAS helicopter helped Hampshire Police carry out a search for two female teenagers on Saturday night in Verwood.

A 13-year-old girl was reported missing from the New Forest area of Hampshire on the evening of May 16. She was believed to be in the Verwood area and Dorset Police were able to carry out enquiries in the area.

During those enquiries, the 13-year-old and another girl aged 13, from Verwood, ran off and NPAS were deployed to try and trace them.

Officers attended and carried out searches with assistance from the National Police Air Service helicopter.

The girls were located at around 10.35pm and returned home.

Hi Matt, I'm operating NPAS-47 from St.Athan (S. Wales) tonight but NPAS-45 from Bournemouth is assisting @dorsetpolice in your area. I'm afraid I can't give specific details though, they'd have to be released by Dorset Police. ^DJ