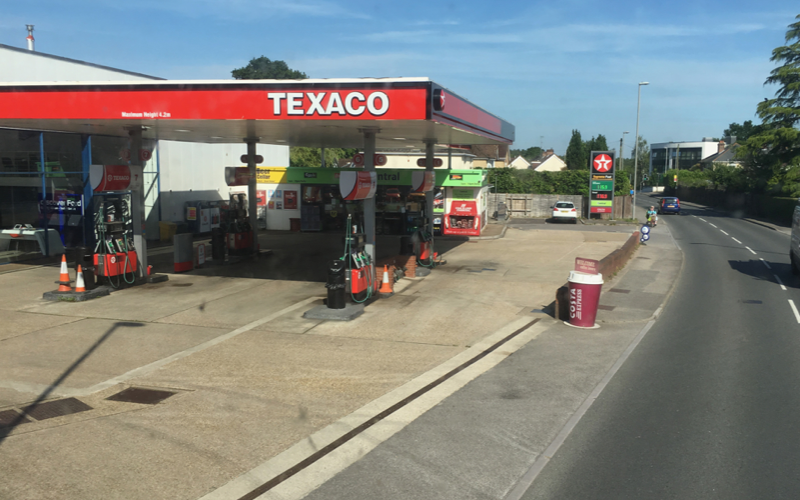 Two electric vehicle charging points are planned to appear at the Texaco Garage on Ringwood Road in Verwood.

Specialist charging company Instavolt was approved planning permission in September 2017 but the proposed rapid charging stations have yet to appear.

Replying to VerwoodToday for information, Instavolt says: “Planning is just one part of the puzzle when installing rapid electric car chargers. But rest assured we’re looking to install as many as possible.”

Instavolt is in the process of installing chargers around the UK from their Hampshire base. The nearest ones to Verwood at the moment are just south of Warminster and to the east of Southampton.

According to its website, “the company is on track to be the largest owner-operator of rapid DC charging stations in the UK” and is backed by a £12m equity investment by private equity firm Zouk Capital.

Verwood is currently without any public EV chargers. Two were installed in the Morrisons car park but have not been repaired in over two years since breaking shortly after the new store opened.

Permission to install the new Instavolt units expires in September 2020.