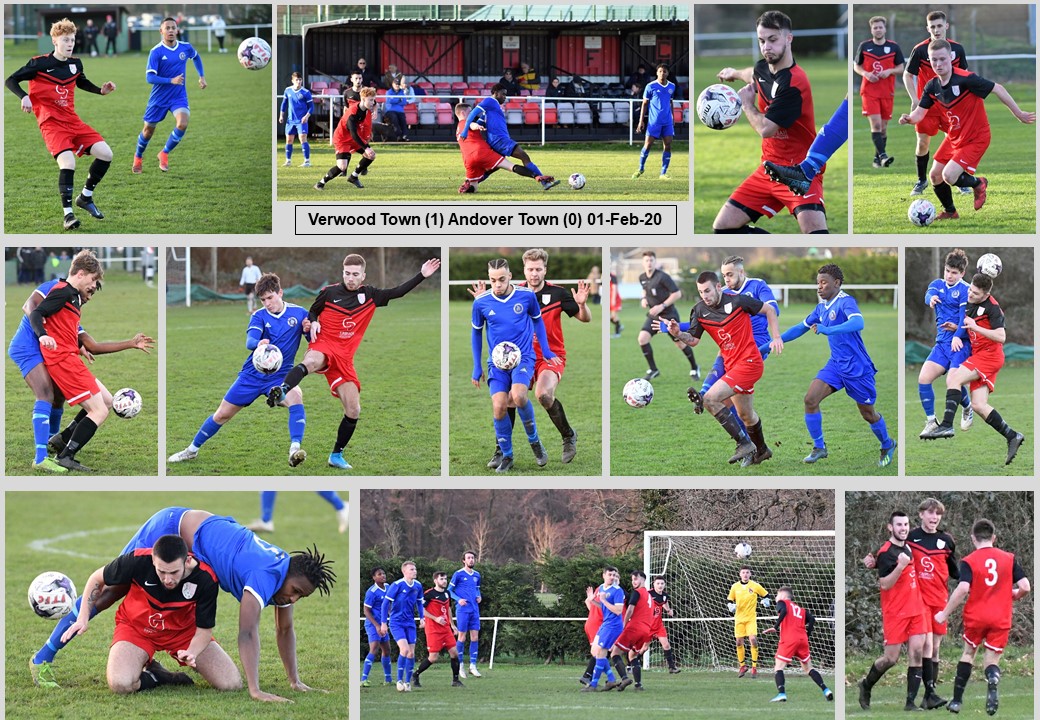 A dour 45 minutes followed the whistle as we suffered poor passing quality, a lack of shots and a lack of bite in attacks.

Josh Nace had a first touch on his debut for the club with only a couple of minutes on the clock and dropped a chip ball in front of Lee Vint, Vint was forced wide of the box before dipping a high but long cross over the area. A big boot gave Andover a counter but the attack fizzled out as a half hit cross was easily scooped up by Cooper.

. We had the higher percentage of ball in midfield as Dyer and Maddocks stamped authority. Balls into Andover’s third though were cleared with long balls hitting channels. Luckily Andover’s attempts to crack our defence were easily coped with by Cormack and Smith in the central area while Danvers and Hall sniffed out threat down the flanks.

Half way through the half Hall powered his way down the right and a deep cross meant for Vint drifted overt the bar. Halls next run though cut open Andover’s resistance but Butlers shot went wide of the angle.

On 46 minutes we thought we had taken the lead when a Dyer FK was pushed over the line by Smith’s belly. The ref disallowed the goal. We are still a bit perplexed but the ref claimed VAR assistance !!!

A good half time chat did the trick. We opened the second half with Vint and Butler going close following a Danvers break and a Maddocks threaded ball put just wide by Butler.

Vint had a run blocked and then Butler was cut down from behind as we pushed up. Butler took the kick but whipped the ball high and wide.

Dyer and Maddocks linked to free Butler for a run. Butler split Andover’s backs for Vint to try a shot. Defenders cleared the ball off the line. Maddocks followed in but was felled before getting in a shot. Dyer’s free kick dropped nicely for a Vint shot but defenders on the line cleared again.

A busy period followed for our back four and Cooper. Both sides went close as pace increased.

Nicholson came on for Nace on 58 minutes.

Andover was playing better and Hall was under pressure down their left. Dyer dropped in to cover but one attack that escaped dropped in to the 6 yard box. A brave Cooper dived on the ball to prevent a shot.

Smith and Cormack were busy and Smith proved a dominant force winning most headers.

Half way through the half we lapsed concentration as a ball whistled across the box and went out of play on the far side without a toe diversion.

15 minutes left and Jack Driscoll came on for Rhys Taylor. The game was getting feisty as handbags flourished.

5 minutes to go. Driscoll added support to an under pressure defence. A good tackle gave away a throw. Andover benefitted from another concentration lapse. A gap on the edge of the area allowed a rasping shot to beat a diving Cooper but luckily it hit the inside of the post and bounced out. Cormack booted clear.

Andover pushed up. Another effort went wide and a referee’s decision to award us a free kick was hotly disputed by an Andover midfielder. The Sin Bin had a seat polished.

Maddocks free kick found Nicholson. A good run and cross with a minute left gave Vint a half chance. It was enough. A clever chip cleared the keeper leaving the ball nestling in the bottom corner 1-0.

46+1 Andover broke through and a gap on the angle of the box gave a chance. Cooper kept his clean sheet with safe hands.

47 saw Cormack sky a clearance and Smith followed the missile to head out of play. The whistle went on a closing fighting display.