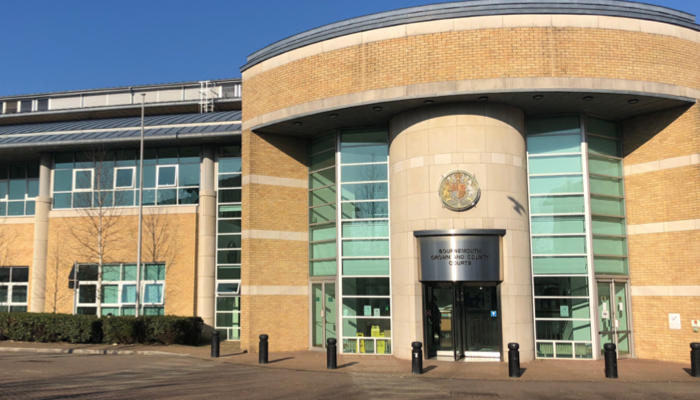 A motorist has been jailed for six months after admitting responsibility for a collision in east Dorset that claimed the life of an 84-year-old man.

Harvey Amey, 21 and of Victoria Gardens in Trowbridge, was sentenced at Bournemouth Crown Court on Friday 11 December 2020 after pleading guilty at a previous hearing to causing death by careless driving.

At around 12.10pm on Monday 28 May 2018 a four-vehicle collision occurred in the area of Badbury Rings on the B3092 between Blandford and Wimborne.

Amey was driving his Vauxhall Corsa from Blandford toward Wimborne when he overtook a Land Rover Discovery, which was towing a caravan. He rapidly approached a stationary line of vehicles, which were behind a car waiting to turn right.

Amey collided with the last car in the line – a Mini – before swerving right into the path of a Renault Clio, which was travelling in the opposite direction.

The Clio was caused to spin into a second Land Rover Discovery, which was travelling behind Amey’s Corsa.

There were three generations of a family travelling in the Clio. The driver’s father, Raymond Pike, sustained fractured ribs and a collapsed lung and was taken to hospital for treatment. Very sadly Mr Pike died in hospital on Friday 12 October 2018.

The driver of the Mini sustained an injury to his head and shoulder.

Following a detailed investigation by Dorset Police’s traffic unit, Harvey Amey was issued with a postal requisition for an offence of causing death by dangerous driving.

Police Constable Jay Griffin, of the traffic unit, said: “Harvey Amey carried out a poorly-judged overtake near to another junction on a busy 60mph road. His actions that day led to devastating consequences and Raymond Pike’s family lost a much loved husband, father and grandfather.

“Our thoughts remain with them all.”

Witness appeal following alleged assault at The Square in Wimborne

Easter activities announced for Children at The Verwood Hub