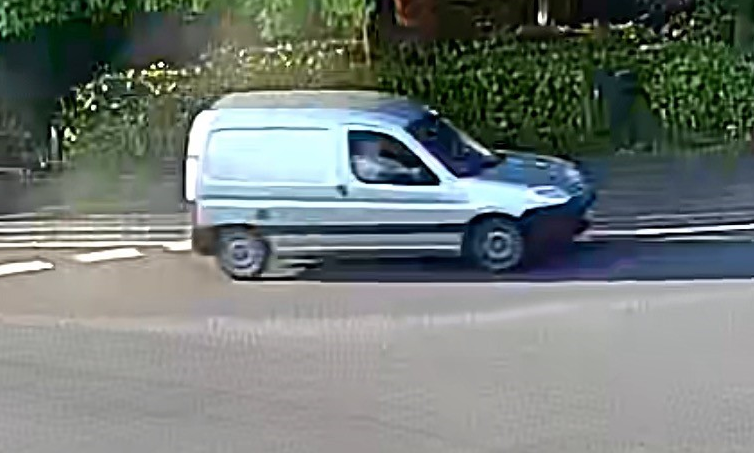 Officers are appealing for witnesses or anyone with information to come forward after a car was damaged in Wimborne.

At around 7.15pm on Wednesday 4 May 2022 a woman was driving her car past The Horns Inn in Colehill when she noticed a silver Citroen Berlingo van parked in one of the laybys.

The van travelled behind the car and when they reached the rear entrance of Wimborne First School & Nursery, damage was caused to the victim’s vehicle by what is believed to be an air weapon. The van drove off onto Allenview Road.

The rear windscreen of the car was smashed.

Police Constable William Saunders, of East Dorset police, said: “I am appealing to anyone who was in the area at the time and witnessed what happened to please come forward.

“As part of my investigation I am issuing a CCTV image of the van believed to be involved in the incident and would ask anyone who may have captured a similar one on either home CCTV or dashcam footage around the time of the incident to please come forward.”

Anyone with information is asked to contact Dorset Police at www.dorset.police.uk/do-it-online, via email 101@dorset.pnn.police.uk or by calling 101, quoting occurrence number 55220070478. Alternatively, independent charity Crimestoppers can be contacted anonymously online at Crimestoppers-uk.org or by calling Freephone 0800 555 111.

Witness appeal following alleged assault at The Square in Wimborne

Easter activities announced for Children at The Verwood Hub